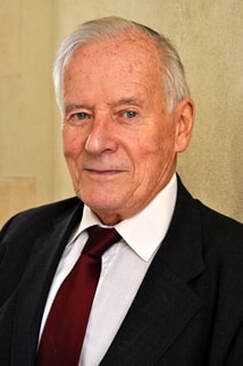 The primary objective of Professor Michael Crawford’s current work is to understand the cause of the rise in brain disorders, and stem the rise in neurodevelopmental disorders. Much of his work has focused on maternal and preterm infant nutrition, initially at the Homerton and Newham General Hospital Trusts in the East-end of London, with a programme started in 2009 with Imperial College. He has published over 300 scientific papers and three books, as well as contributing chapters to several multi-author books on the topic of lipids and health.
​
Michael began his illustrious career with a doctorate in chemical pathology in 1960, after which he established teaching in pre-clinical and clinical chemistry in Uganda, and helped set up the Muhimbili Medical School in Dar-es-Salaam. His research work focused on the causes of tropical nutrition-related disorders.
His comparative studies in Africa and the UK revealed the link between arachidonic and docosahexaenoic acids, the brain and its evolution, described for the first time by Crawford and Sinclair in 1972, drawing attention to the evolutionary implications. Crawford also demonstrated clear evidence of maternal nutrition being a causative factor in low birthweight and complications or prematurity.

From 1982-92 Michael held a special Chair in Biochemistry at the University of Nottingham; and in 1989 he founded the Institute of Brain Chemistry and Human Nutrition as the research arm of his charity The Mother and Child Foundation.
​
Among Michael’s numerous award and honours are the International Prize for Modern Nutrition 1995; the Gold Medal for Science and Peace from the Albert Schweitzer International University, Geneva; a Gold Medal from the Government of Oman; the Order of the Rising Sun from the Japanese Government; election to the Hall of Fame at the Royal Society of Medicine in 2010; the prestigious Chevreul Medal in 2015 for his work on nutrition and the brain; the Avicenna Medal in 2015 for ethics in science and peace; The Alexander Leaf Distinguished Scientist Award for Lifetime Achievement in 2016; and election as a Freeman of the City of London in 2017.